WHAT WE CAN DO TO HELP

Cryo-Center My Beauty offers clients the opportunity to meet with expert nutritionists in Belgrade that can offer them guidance to supplement the miraculous results of our CoolSculpting weight loss therapy options. 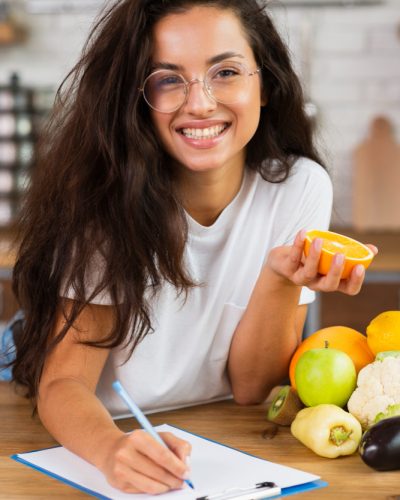 Meet With a Professional Nutritionist In Belgrade

COOLSCULPTING/CRYOLIPOLYSIS is a treatment for the elimination of localized fat deposits and is most effective in people with normal to slightly increased BMI (Body Mass Index) and localized fat deposits. When it comes to low to medium fat deposits, no major changes in diet are needed to achieve visible and satisfactory results with a small number of treatments.
People who are overweight, therefore have a high BMI, which leads to a high percentage of body fat, especially people with a high percentage of visceral fat, individual and professionally monitored dietary changes are advised.
Effective weight loss requires a comprehensive approach. Healthy eating habits are the basis for maintaining your new, healthy body.

A Healthy Life Begins In The Kitchen

It is possible that no matter which method you use, you do not have healthy habits to reach the desired weight and then permanently maintain the results. It is also possible that you tried Cryolipolysis treatments and due to the large amounts of excess weight and the wrong diet, the results did not last.
This is not your fault. In fact, many people do not have enough nutrition knowledge to support their weight loss. This can be frustrating for anyone trying various weight loss plans and cannot find the right way to lose weight effectively. 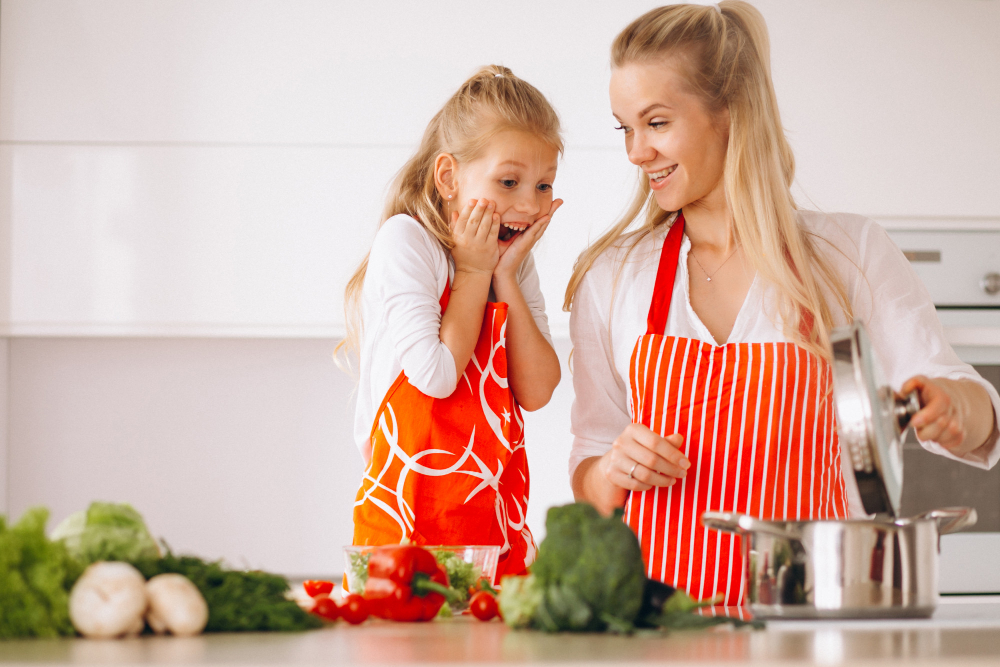 One way to achieve long-lasting results is to rethink your approach to dieting. Many have experienced on a difficult path to an ideal figure that a uniform diet and a "crash" diet (below 1200kcal) do not work. Not only have you lost motivation but you have failed to take in important vitamins and minerals which will have a bad effect on your overall health and psyche. With the experience and advice needed to build awareness of healthy eating, we can help you lose weight and maintain health and good looks. 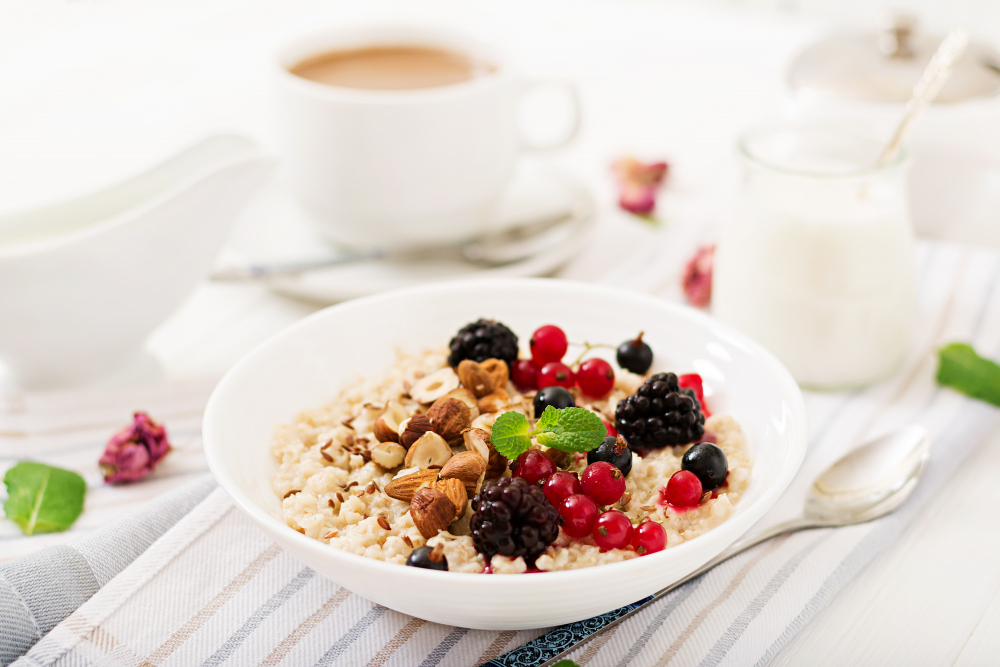 Our CoolSculpting treatments generally target and removes 20 to 50 percent of excess fat from the body, which for the clients we serve, is incredibly beneficial. You’ll be able to move easier and live life on your terms. However, if you are overweight, we advise you to consult a nutritionist who will make a custom diet plan created especially for you. Your personalized diet plan will give you the best and fastest results and it will be based on your current weight, desired weight, and lifestyle you live (how much you move, sleep, what you like or don't like to eat, whether you prepare food or mostly eat in restaurants).

The diet plan consists of 5 daily meals and includes all 7 food groups in a certain percentage, excluding foods consisting of simple sugars. This allows you to feel full as your metabolism gets faster and better, which is crucial for eliminating fat cells after Cryolipolysis treatment.

When you use our custom nutrition plans, in addition to achieving the desired weight, you will notice several things:
The effect of Cryolipolysis treatments is threefold if you are on our custom diet plan. Cryolipolysis is what allows you to eliminate fat cells in problem regions. You may be one of the people who loses fat on the wrong parts of the body during the diet.
You may want to eliminate "belly fat", but in the process of losing weight, your legs lose weight first. Cryolipolysis treatments specifically eliminate fat deposits in the regions that are most difficult to form.

If you are still wondering why, you should do Cryolipolysis treatment if you are on a changed diet or why you would change your diet if you are doing Cryolipolysis treatment:
Weight gain or loss in adults is associated with a change in the size of the fat cells – also called Adipocytes, creating fat deposits in the body.
Children, on the other hand, can gain fat by increasing the total number of fat cells in their bodies. By combining collected data from children, it has been proved that the average number of fat cells increases until the age of 20, then remains relatively constant and is closely associated with the body mass index. Researchers also examined 20 obese individuals undergoing gastric reduction surgery to reduce food intake. When they re-examined these volunteers two years after the procedure, they found no reduction in the number of fat cells: the subjects still had more than 80 billion body fat cells, the team calculated, although they had lost an average of 18% of their weight. Rather, the volume of individual fat cells was reduced, not the number.

Cryolipolysis solves the problem of elevated fat cell counts, so that with the help of modern cooling technology it leads to apoptosis (natural cell death), so it eliminates them naturally. If a person has an unhealthy diet after treatment, untreated fat cells may increase (by storing fat) and the effect of cryolipolysis will not be seen or fat deposits on untreated parts of the body will increase as is known after liposuction.

Cool-sculpting is extremely helpful if you’re on a diet as it enables you to eliminate fat from the most complicated areas during treatment. When you are on diet, you might be losing weight in the wrong places. Maybe you’d like to eliminate your belly fat but you are not succeeding, and lose fat mostly on legs and arms. That belly fat can be reduced and even eliminated using cool-sculpting treatments.

What is Cryolipolysis (CoolSculpting)?

Cryolipolysis derived from Greek, κρύος – kryos” – ice and “λίπα- lipa” which means fat and “λύσις .lysis” meaning dissolvent. Cryolipolysis is a cosmetic treatment that removes fat by freezing. The method involves the controlled application of cooling within the temperature range of -11 to +5 °C for the non-invasive, localized reduction of fat deposits, intending to reshape the contours of the body. The degree of exposure to cooling causes cell death of subcutaneous fat tissue, without apparent damage to the overlying skin. It appears primarily applicable to limited discrete fat bulges. As such this method is the most efficient non-invasive treatment for steady fat reduction.

How does CoolSculpting (Cryolipolysis) work?

Recent studies show that fat cells do not tolerate the cold and in comparison, to other tissues, they react much faster once undergoing they undergo the freezing process. These facts are being used in cryolipolysis treatments. During cryolipolysis treatments, the tissue is exposed to low temperatures. Apoptosis is activated in fat cells (controlled fat dissolution) and it takes a week until the body deconstructs fat cells after the treatment. The result will be the reduction of fat on treated body areas.

How will the fat cells be destroyed?

The aim of cryolipolysis is to cause controlled death of fat cells on certain body parts. Exposure to cold leads to apoptosis (programmed death of cells) and that one leads to the liberation of cykotyne and other inflammatory mediators. Few weeks after the treatment, cell lipids are being slowly deconstructed and go through the lymph system for further processing. During such process, there are no changes manifested in neither the blood and body fat percentage nor in the function of the kidneys.

Does CoolSculpting cause damage to tissue or skin?

No. Skin cells, muscles cells, and nerve cells remain intact while treated. Lipids within fat cells are much more sensitive to cold than cells of other tissues. It is well known that lipids are crystallized at temperatures around 12 °C.

How am I going to feel after the treatment?

The CoolSculpting treatment has a strange feeling but not an unpleasant one. Once you have undergone treatment, you can return to your daily routine. As such treatment does not require any resting period, you can even practice sports if you like.

What results can I expect?

Clinical studies show that Coolsculpting treatment leads to substantial loss of fat tissue in the period of 2 to 4 months after a single treatment. A few weeks after treatment, it may show the reduction of fat layers from 25-40-%. That means the reduction of a treated area from 2-6 after a single treatment. Results are always dependent on the individual; the bulk’s fat layers as well as on the treated areas. Diet plays a crucial role in improving those results. If one eats healthy by following our custom nutrition plan, results can even prove twice better. In case one practices unhealthy nutrition, the cryo-effect won’t be missing but results will be cancelled out by bulked fat cells, that are not covered in a first treatment.

Will my skin dissolute after the CoolSculpting treatment?

No, CoolSculpting leads to a step-by-step fat cell reduction on treated skin areas. The skin has enough time to react properly and recover. People only get dissolute skin due to rapid weight loss.

Will I lose weight after the treatment?

No, Coolsculpting treatments do not lead to weight loss. Coolsculpting reduces the fat layer on treated areas. This result is not being measured in kilograms but centimetres. In case you have a problem with obesity, then the right medicine is a healthy custom diet plan and good nutrition. Coolsculpting reduces fat layers on areas that are difficult to shape by taking a diet or practicing sports.

Why choose Cryolipolysis treatments at Cryo-Center?

Cryo-Center is a specialized Belgrade cryolipolysis treatment centre, and we have experience working with clients for 4 years. As the leading Serbian CoolSculpting treatment centre, we have the best equipment and facilities. Our Belgrade CoolSculpting treatment facility is equipped with a cutting-edge cryo machine – a 5th generation 4D-product with the largest applicators (that can treat the largest possible skin surfaces) with different shapes. We also have an applicator that makes treatment of chins possible. This makes it easier to treat each client while getting easy access to areas to be treated that are hard to reach without causing them discomfort.